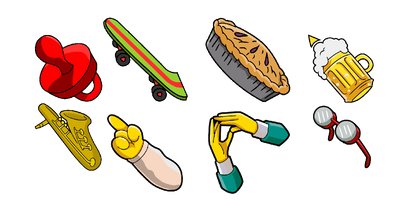 Absolutely everyone heard about such a famous animated series as The Simpsons. Even those people who have never looked like this are aware of the existence of yellow characters.

And the fans are delighted when the next season of their favorite cartoon comes out. By the way, in the fall of 2019, 31 season accounts were released. And the first appeared on television screens back in 1989. Fox began to show it and still continues to do it due to high ratings and audience sympathy.

The Simpsons is a satirical genre that touches on relevant topics. This may be the lifestyle of the average American, political and religious issues starry tricks of celebrity, feminism, same-sex marriage. In general, everything related to local and global events in which the United States participates.

The action of the animated series takes place in the nonexistent town of Springfield. In fact, there are a lot of cities with that name in America. Perhaps that’s why it was chosen so that the audience did not associate what was happening on the screens with a specific locality, but only guessed where this could be.

You are most likely a fan of the Simpsons. Otherwise, why would you read this text to the end? And if so, then you have the opportunity to change the bored mouse cursor to a pointer that is made in the style of this animated series.

Cursor pack from category The Simpsons