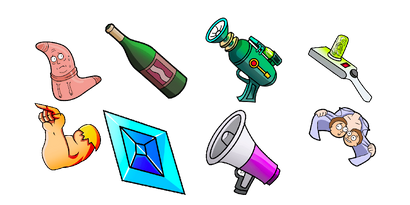 The first series of animated work “Rick and Morty” was released in 2013. This cartoon can be attributed directly to 2 genres: science fiction and comedy. Its creators were Dan Harmon and Justin Royland. Initially, all the series were shown on the Cartoon Network channel, and only then they were duplicated in online cinemas and video hosting. Every few years, new Rick and Morty seasons are released, and in November 2019 the fourth season came out, which turned out to be no less interesting than the previous ones. The plot of the animated series revolves around a genius and, at the same time, a mad scientist named Rick, as well as his unremarkable grandson - Morty.

These two characters are connected by joint adventures in the most unusual places. And they get there on a flying saucer, capable of moving through an inter-spatial tunnel. As you might have guessed, this animated series is a bit like the movie Back to the Future, but still it is not its animated version. However, he was praised by many critics for humorous episodes, creativity, and originality. Want to see Rick or Morty not only in the series of this work, but also in the browser? If so, install the extension and add our collection dedicated to your favorite cartoon! Here is Rick Sanchez cursor, Morty Smith cursor, Portal Gun cursor and of course Mr. Meeseeks cursor.