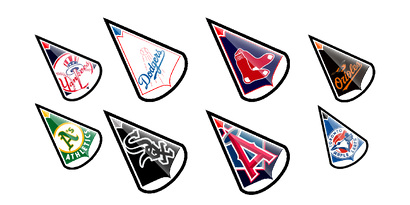 Baseball fans can be found anywhere in the world.

This is especially true for residents of countries such as: USA, China, Cuba, South Korea, Japan and Venezuela. Contrary to popular belief, baseball did not originate in America, but in England. The first mention and description of baseball appeared in the distant 1744, in the English edition.

After 145 years, the Americans appropriated this invention for themselves, despite the facts. National League was formed in 1876. She is part of the Major League in Canada and the United States. Today, there are 15 teams in the National Baseball League.

In the final part of each season, the time of the playoffs comes, in which the 4 best teams take part. So the winner of the entire National League is revealed. Then the winning team gets the opportunity to play against the winner from the American League in the World Series. Are you interested in baseball or even root for one of the teams? Then pay tribute to your favorite team by setting the mouse cursors in the form of its attributes! Change the boring look of the pointer in the browser to the familiar baseball corporate identity!