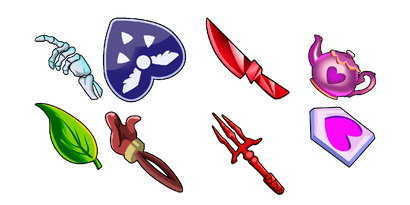 In ancient times, the Earth was inhabited not only by people, but also by monsters.

Due to disagreements between them, a war broke out, which ended in favor of the human race. Seven magicians drove the monsters underground and imprisoned them there forever with a barrier spell. However, there was only one entrance to Mount Ebott, which the child took advantage of. It is for him that you will play by running the computer game Undertale. This game was developed by Toby Fox - a well-known programmer from the United States.

At first, owners of personal computers running Microsoft Windows and Linux OS could enjoy it, and then the turn of users of game consoles came.

What is the point of this game? The boy travels through the underworld inhabited by monsters. Some of them are immediately hostile, while others like to talk. The player can choose one of 2 behaviors: avoid violence or fight.

In the first case, passing the game will be easier, in the second - on the contrary it is more difficult. The plot and ending, which can branch and change, also depend on this choice. If you like Underground Tale and would like to see its characters in your browser, install the extension and add the appropriate collection of cursors! Turn a boring mouse pointer into one of the monsters or the main character of Undertale!