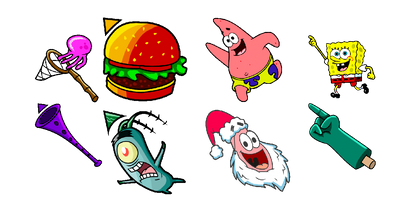 The animated series SpongeBob SquarePants is known to so many people. It was an overwhelming success after Nickelodeon in 1999 decided to create an animated series based on the educational comic strip Tide Zone, and turned into a very lucrative franchise.

The creator of the series is a former employee of the oceanological laboratory, which is why almost all the characters in the animated series are funny inhabitants of the seabed, with their own characteristics and charisma.

The action revolves around the secret Krabsburger recipe that only the main character can cook - Sponge Bob. And the other inhabitants of the sea day are trying to get it, including the main anti-hero Sheldon Plankton, who doesn’t get it every time.